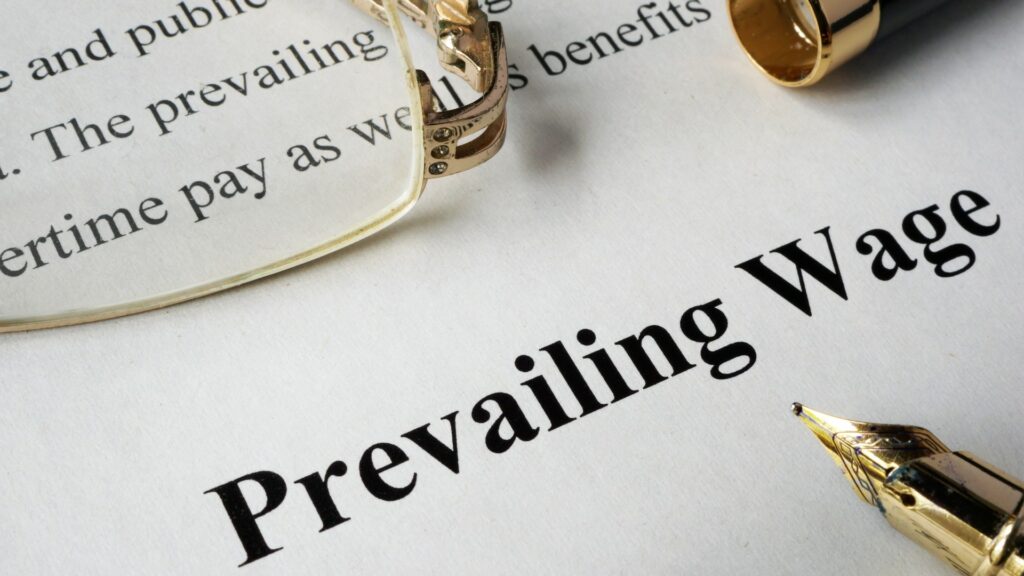 The Department of Homeland Security (DHS) and the Department of Labor (DOL) issued new rules in early October that will significantly alter the H-1B visa program and the computation of prevailing wages in connection with the H-1B, H-1B1, E-3 and PERM programs.

The below FAQ responses include general insight about the new interim final rules from Garfinkel Immigration Law Firm based on the current state of law and U.S. government policy. Nothing herein should be interpreted as specific legal advice.

Circumstances vary from client to client in important detail. Please contact the Firm with questions or issues particular to individual situations.

What is the H-1B visa program?

The H-1B nonimmigrant visa category is available for U.S. companies to fill a “specialty occupation” with a qualified foreign national. A specialty occupation is one that generally requires a bachelor’s degree or higher, or its equivalent, as a minimum, entry-level credential.

There is a statutory cap that limits approval of new H-1B petitions in a fiscal year that is currently set at 85,000, with 20,000 reserved for foreign nationals who have obtained an advanced degree or higher from a U.S. college or university.

What is the prevailing wage?

Certain visa types, including the H-1B visa, are subject to provisions established by the Immigration and Nationality Act requiring employers to pay H-1B workers the same rates as similarly employed U.S. workers, to guard against wage suppression and the replacement of U.S. workers by lower-cost foreign labor. This provision has been established in law for more than 50 years.

In connection with the H-1B visa program, the Department of Labor uses Occupational Employment Statistics (OES) data from the Bureau of Labor Statistics (BLS) to determine prevailing wages for a wide range of occupations. The prevailing wage rate is defined as the average wage paid to similarly employed workers in a specific occupation in the geographic area of intended employment.

The OES prevailing wage is subdivided into four tiers or wage levels, representing a range of skills from entry level to experienced. The new rules released earlier this month substantially change the wage thresholds.

The DOL uses the same OES prevailing wage levels for the H-1B1, E-3 and PERM programs.

How do the new rules change the use of the prevailing wage?

The new DOL interim rule will significantly increase the calculation of prevailing wage levels by raising the entry level minimum to the 45th percentile. The levels will be raised to:

Therefore, the DOL will raise the “required wage” for H-1B visas, which is equal to or higher than the “prevailing” wage for the specialty occupation in the local labor market or the “actual” wage paid by the employer to other workers with similar responsibilities and qualifications.

This will also impact wages connected to H-1B1 and E-3 applications as well as employment-based immigrant petitions requiring labor certifications. Specifically, the rule changes the way in which the DOL calculates the prevailing wage when based on OES surveys for each of these programs, leading to higher wages.

What applications, specifically, are impacted by the interim final rule from the DOL?

The interim final rule from the DOL will impact the following applications:

The effective date of the interim final rule from the DOL is considered Oct. 8, 2020.

How do the new DHS rules change the use of the H-1B visa program?

The interim rule from the DHS will tighten the definition of a “specialty occupation” by requiring a bachelor’s degree in a field that has a “direct relationship” to the position being filled by the H-1B visa holder.

In addition, the current regulations require the petitioner to show that a bachelor’s degree be “normally” required or “common to the industry” or that the knowledge required for the role is “usually associated with at least a bachelor’s degree or equivalent. The interim rule removes the words “normally,” “common” and “usually.”

That rule will also alter specific “employer-employee” requirements and increase scrutiny of employers who place H-1B employees at third-party worksites. Specifically, the rule will limit the validity period for third-party placement petitions to a maximum of one year.

When do the DOL and DHS changes take effect?

The interim final rule from the DOL was released on Oct. 8 and took effect immediately. The rule does not apply to any previously approved prevailing wage determinations, permanent labor certification applications or Labor Condition Applications.

The DHS rule was also released on Oct. 8 but will not be implemented for at least 60 days.

How will the DOL and DHS changes impact H-1B applications?

As previously mentioned, the new interim rules will increase the “required wage” that is connected to an H-1B petition for employers who complete Labor Condition Applications and Prevailing Wage Determinations. The changes will also have a similar effect on the H-1B1, E-3 and PERM programs.

Why are the DOL and DHS issuing these new prevailing wage and H-1B visa interim final rules?

The DOL and DHS claimed the new interim final rules were necessary to restore “integrity to the H-1B program” and that they better guarantee “that H-1B petitions are approved only for qualified beneficiaries and petitioners.”

Did these new rules go through the typical rule-making process?

No. The changes from the DHS and the DOL both skipped multiple steps that are typically required for the publishing of interim final rules, including a period for public comment and reviews by the White House Office of Management and Budget (OMB). The attorneys at Garfinkel Immigration Law Firm thus feel that the new rules are particularly vulnerable to litigation (see also below).

Where can the interim final rules from the DOL, the DHS and the updated prevailing wages be found?

The complete interim final rule from the DOL, officially entitled “Strengthening Wage Protections for the Temporary and Permanent Employment of Certain Aliens in the United States” and from the DHS, titled “Strengthening the H-1B Nonimmigrant Visa Classification Program,” were published in the Federal Register. The updated prevailing wages can be found at the FLC Data Center.

Will these new interim rules from the DOL and DHS face legal challenges?

Yes. The new interim rules from the DOL and DHS are expected to face multiple legal challenges in federal court.

What is Garfinkel Immigration Law Firm recommending to clients?

Similarly, for those who have a labor certification (PERM) filed and pending with the DOL (or certified by the DOL), the new prevailing wage rules do not apply to their case. The new rule will, however, impact pending or future Applications for Prevailing Wage Determination filed with the NPWC.