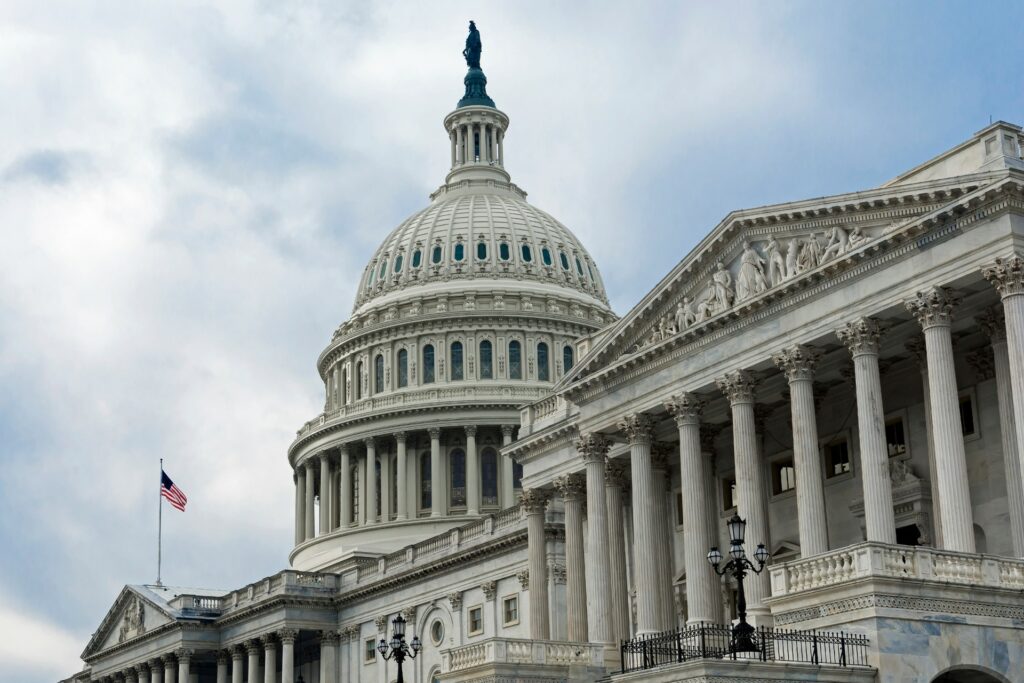 Democrats remain in control of the Senate – and the White House – while Republicans regained the majority in the House of Representatives during the November midterm elections, resulting in a divided government.

Here are further details and information regarding potential immigration policies and bills from the 118th U.S. Congress.

There has been no major immigration reform passed by the U.S. Congress and signed into law in decades.

However, there appeared to be momentum toward a possible immigration bill during the 2022 lame-duck session when Senators Kyrsten Sinema (I-Ariz.) and Thom Tillis (R-N.C.) announced a bipartisan agreement in early December.

Sinema left the Democratic Party in mid-December, instead electing to identify as an independent.

“There is no challenge more intractable, more difficult to bridge, and more dire than our border and immigration crisis,” Sinema said in a floor speech on Dec. 20. “And, even still, I believe we can come together and start to earnestly solve it.”

Sinema added: “Our proposal is tough but fair, and I’m certain it will make America a stronger, safer place for all of us.”

In total, the proposed bill included more than $25 billion in spending on new immigration measures, according to an article from Bloomberg Government.

But Sinema and Tillis failed to garner the requisite support for the bill to pass in the Senate during the 2022 lame-duck session, and it was never brought to the floor for a vote.

Sinema said in a floor speech she was “disappointed” the bipartisan framework did not pass, and she vowed to continue to work on immigration reform during the next Congressional session.

“When we come back in January, one of the first things I will do is convene a bipartisan group of Senators who are willing and committed to get stuff done and bring them to the border to see what Arizonans see every day – because a crisis this big cannot be ignored,” Sinema said during her remarks. “I’m willing to do the work, I’m thankful for partners like Senator Tillis who are also willing to do the work, and I call on my colleagues on both sides of the aisle to join us, put down the politics and help us get this done.”

While Sinema may continue to push for bipartisan immigration reform, it seems unlikely that any bill will pass over the next two years because of the divided Congress.

Lawmakers could be forced to address Deferred Action for Childhood Arrivals (DACA) in a standalone bill in the new Congress, as the program’s future remains ambiguous because of various court rulings over the last few years.

In 2021, a district judge from the United States District Court for the Southern District of Texas ruled that the executive branch did not have “free rein to grant lawful presence outside the ambit of the statutory scheme” when the program was originally created by Former President Barack Obama in 2012.

That ruling enjoined USCIS from approving new applications for DACA but did not revoke employment authorization and deportation relief for current beneficiaries.

The Biden administration appealed that ruling, and both sides presented arguments to the U.S. Court of Appeals for the Fifth Circuit in early July 2022.

Almost simultaneously, the Biden administration issued a final rule designed to protect DACA by officially codifying the program into the Federal Register as a binding regulation. The regulation’s main purpose was to respond to the finding that DACA was implemented “outside the ambit of the statutory scheme.”

Shortly after the regulation was promulgated, the U.S. Court of Appeals for the Fifth Circuit released its ruling, upholding the district judge’s finding. But the Fifth Circuit did not end DACA in its entirety, instead sending the case back to the United States District Court for the Southern District of Texas to review both the 2012 DACA program at large and the 2022 regulation from the Biden administration.

The United States District Court for the Southern District of Texas has yet to release an updated ruling regarding DACA as of Jan. 13, 2023. That finding could have a long-lasting impact on the program and could result in the case eventually being brought before the Supreme Court.

Democrats in the House prioritized passing a standalone DACA bill over other potential immigration measures during the lame-duck Congressional session in late 2022. However, those plans never came to fruition and, with a divided legislative branch, it seems unlikely any substantial DACA bill will be passed by Congress and signed into law this term.

It is also unclear if any future comprehensive immigration reform legislation will pass or if DACA would be included in the text.

DACA recipients will continue to remain in limbo if cases impacting the program continue to work their way through the court system, absent legislation by Congress.

Another bill proposed during the recent lame-duck Congressional session was the Equal Access to Green Cards for Legal Employment (EAGLE) Act of 2022.

The EAGLE Act, which was introduced by Rep. Zoe Lofgren (D-Calif.), would have eliminated the per country cap for employment-based immigrant (green card) visas.

The bill also would have adjusted the family-based immigrant visa cap from 7% of the total number of visas available per year to 15% and created “transition rules” for employment-based visas, which were as followed:

Further, the EAGLE Act proposed some alterations to the H-1B visa program. The bill would have:

Additionally, the bill would have provided a pathway to permanent residency for nonimmigrant visa holders who were the beneficiary of an approved immigrant visa petition and had waited at least two years for an immigrant visa.

The EAGLE Act was addressed and debated by the House in mid-December. However, the bill faced opposition from Republican House Leadership, the Congressional Black Caucus, the American Immigration Lawyers Association as well other outside groups. It was pulled off the House floor shortly after being debated without a vote.

It is unlikely the EAGLE Act will be put back up for debate during the next legislative session because of the intense and diverse opposition it received.

Other aspects of the bill, like the elimination of per-country employment-based immigrant visas, have some support and could be included in other legislation. Nonetheless, that seems unlikely, at least in this session.

It is unlikely the 118th U.S. Congress will manage to pass any significant immigration reform during its tenure.

The EAGLE Act as well as the bipartisan framework developed by Sinema and Tillis were both priorities during the lame-duck session, but both failed to move out of their respective chambers. A standalone DACA bill also remains improbable because of the divided government, despite the pending court cases.

In the current hyper-polarized political climate, the negotiating space is very narrow. Both parties have weaponized immigration issues in the past to contrast their expressed values against those of the other party. Outside Washington, there is remarkably broad consensus around many of the most important issues involving immigration, including almost three-quarters of U.S. adults who favor granting permanent legal status to Dreamers, and who would be willing to couple such legislation with enhanced border security. However, the parties clearly do not have the capacity to convene on the common ground in the middle, at present, in the current climate.

The Biden administration has also expressed its commitment to immigration reform, but it has not established a specific legislative agenda or attempted to exert its influence to drive well-defined goals.  Vice President Kamala Harris recently stated that the responsibility lies with the Congress.

Consequently, the needle on immigration issues is very unlikely to move in the 118th Congress.

The attorneys at Garfinkel Immigration Law Firm continue to monitor any potential government or regulatory changes to immigration policy and will update clients when applicable.