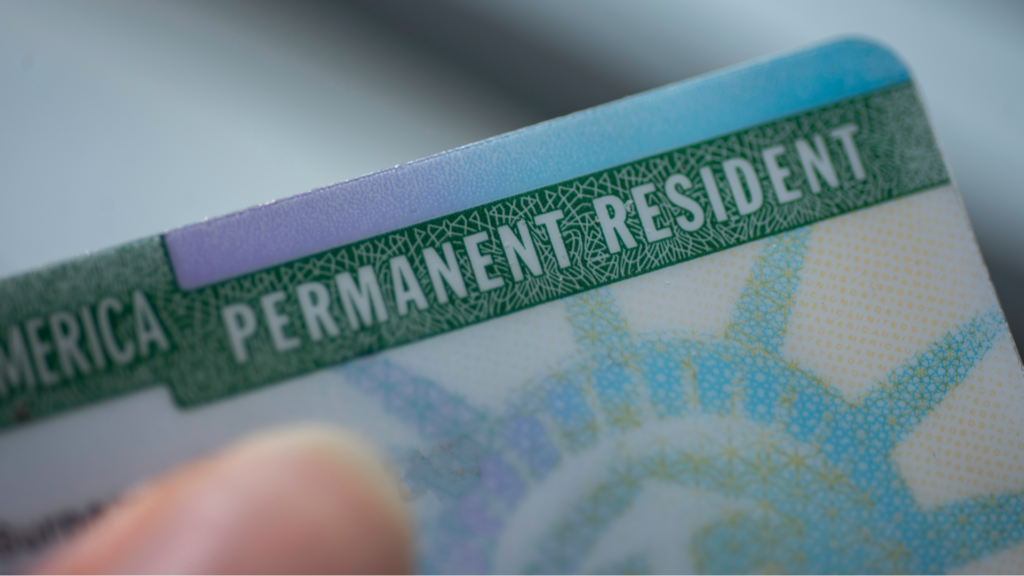 Foreign nationals can apply for a green card via an offer of permanent employment, via a family member or via “humanitarian” means.

Below is further details and information about who is eligible for a green card in the United States.

Any U.S. company doing business within the United States can sponsor a worker for a green card based on a future offer of employment, regardless of education level or training.

However, employment-based green cards are limited to 140,000 per year because of a congressional mandate. Therefore, green cards are divided into several subgroups, known as preference categories, each of which receives a certain percentage of the allocation every year.

In many EB2 and EB3 cases, employers must first prove there is no U.S. worker who is able, willing, available and meets the minimum requirements for a job posting before presenting a permanent offer of employment to a foreign national. This is often referred to as “testing the labor  market” and the PERM or labor certification process.

There is also a mechanism for any unused green cards each year to be rolled over between and amongst the preference categories.

Foreign nationals can become eligible to apply for a green card if they are a family member of a U.S. permanent resident or green card holder.

The only family members immediately eligible to apply for green cards are spouses and children under 21 of U.S. citizens. Permanent residency for all other family members is considered “limited” and distributed based on preference categories and country of “chargeability,” in a similar manner to employment-based green cards.

The family-based preference categories are:

Furthermore, U.S. citizens can sponsor their fiancée via a K-1 visa. This visa allows a fiancée to come to the United States as a nonimmigrant. The K-1 visa holder can then apply for lawful permanent residency as long as they marry the U.S. citizen within 90 days of entering the country.

To be eligible for a K-1 visa:

“Humanitarian” based green cards are granted to individuals who meet certain criteria outlined by United States Citizenship and Immigration Services (USCIS) and the Department of State (DOS).

Moreover, the U.S. Department of State holds an electronic diversity visa lottery, which takes place each fiscal year and is only open to individuals from certain countries.

Aside from meeting a specific category of eligibility, individuals must be considered “admissible” in order to receive permanent residency in the United States. Reasons an individual would be considered “inadmissible” could include past criminal violations; posing a security threat to the United States; or a previous infraction of U.S. immigration law. Foreign nationals deemed “inadmissible” are not eligible for green cards.

Foreign nationals currently residing in the United States often apply to receive a green card by adjusting their status with USCIS. Those outside the country apply via consular processing with the Department of State.

Other avenues for green card eligibility may be available in certain circumstances. Individuals should consult with experienced immigration counsel to discuss their options if they are considering applying for permanent residence in the U.S.