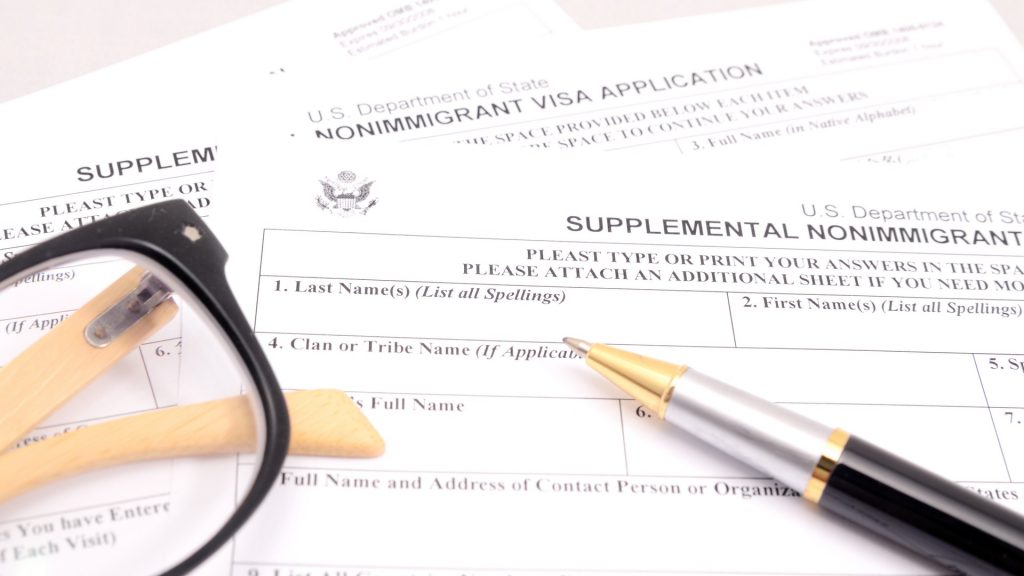 The proclamation bans individuals from China who have ties to the country’s “military-civil fusion strategy” from receiving an “F or J visa to study or conduct research in the United States.”

The proclamation does not apply to undergraduate students and took effect June 1 at 12 p.m. ET.

Specifically, the proclamation applies to:

“Any national of the PRC seeking to enter the United States pursuant to an F or J visa to study or conduct research in the United States, except for a student seeking to pursue undergraduate study, and who either receives funding from or who currently is employed by, studies at, or conducts research at or on behalf of, or has been employed by, studied at, or conducted research at or on behalf of, an entity in the PRC that implements or supports the PRC’s ‘military-civil fusion strategy.’”

“Military-civil fusion strategy” is broadly defined in the proclamation as “actions by or at the behest of the PRC to acquire and divert foreign technologies, specifically critical and emerging technologies, to incorporate into and advance the PRC’s military capabilities.”

The proclamation exempts lawful permanent residents of the United States; spouses of U.S. citizens and lawful permanent residents; foreign nationals who are “studying or conducting research in a field involving information that would not contribute to the PRC’s military‑civil fusion strategy;” and any foreign national “who would otherwise be allowed entry into the United States.”

In effect, the proclamation does not impact the immigration status and work authorization of those Chinese nationals currently studying or working in the U.S. pursuant to F or J status. However, the proclamation provides the Department of State with authority to review records of Chinese F and J visa holders currently in the U.S. and revoke visa stamps of those graduate and postgraduate Chinese nationals who are deemed to have ties to military-civil fusion strategy.

A visa stamp revocation will restrict the individual’s ability to reenter the U.S. after departure, which in normal circumstances would require the individual to apply for another visa stamp at the U.S. Consulate, which may not be possible unless the individual falls under an exemption from the proclamation. Therefore, Chinese nationals who are currently in the U.S. in F or J status for graduate or postgraduate programs are advised by Garfinkel Immigration’s attorneys to avoid traveling internationally at this time, particularly if they ever held military ties. Otherwise, they risk the ability to reenter the U.S.

Finally, the proclamation leaves open the possibility of further restrictions as it directs agencies to continue reviewing other visa programs and provide recommendations within 60 days on additional measures that can be taken “to protect U.S. technology” from China.

The proclamation is in effect until terminated by the President. Trump claimed at a press conference in late May he was issuing the proclamation to “better secure [America’s] vital university research.”

Garfinkel Immigration Law Firm continues to monitor the situation closely. Our attorneys are actively notifying and advising our clients accordingly.