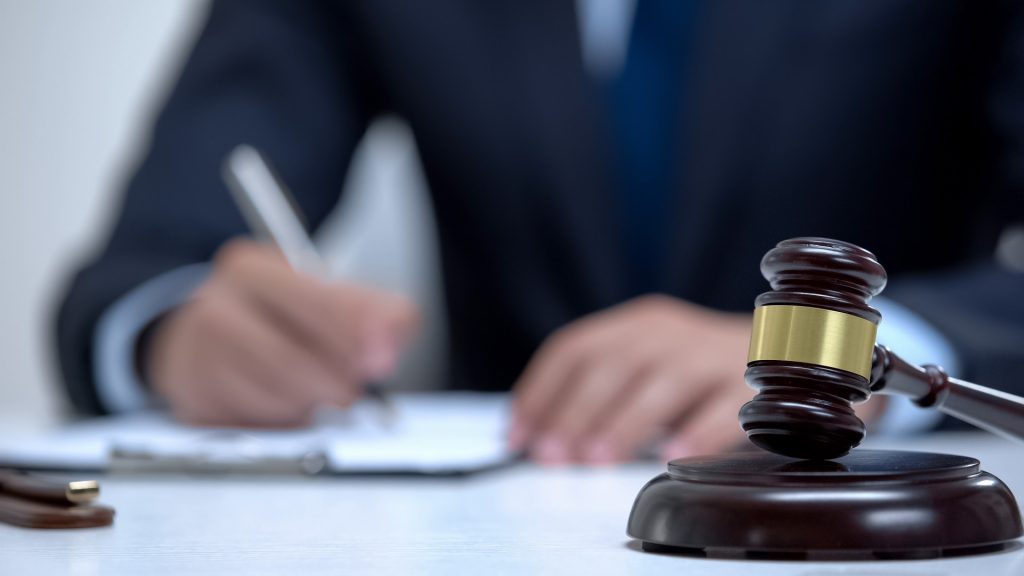 The idea of suing the United States is a daunting prospect to most people and understandably so.  However, with increasing regularity, clients are opting to challenge the government’s visa petition denials and adjudication delays by filing lawsuits against U.S. Citizenship and Immigration Services (USCIS) in federal district court. Litigating employment-based immigration cases has become the “new normal” among immigration attorneys, and clients who have experienced the process appreciate that it is straightforward, cost-effective, and often yields a relatively quick, favorable result.

The company desired to leverage the engineer’s extensive knowledge about the company’s proprietary products, software and methods to benefit its U.S. employees. However, despite presenting a visa petition which laid out in exhaustive detail the engineer’s specialized knowledge and providing further documentation in response to the government’s subsequent Request for Evidence (RFE), the petition was nevertheless denied by USCIS.

In our view, this was an arbitrary denial which is reflective of heightened scrutiny and increased denial rates for these types of cases. Instead of refiling and hoping that a more favorable officer would review the petition, and upon our recommendation, our client opted to challenge the denial in the United States District Court for the District of Columbia. Although the government had up to 60 days to answer the complaint, USCIS approved the petition less than 10 days later and the lawsuit was dismissed.

As this case alone demonstrates, immigration-related litigation can be the most advantageous and cost-effective strategy, as it typically requires no expensive and time-consuming depositions or discovery, and cases are often resolved prior to a final judicial adjudication.

What follows is a step-by-step overview of the immigration litigation process and the types of issues that are important to consider.

The need to litigate usually arises after an immigrant or nonimmigrant visa petition is either unreasonably delayed or arbitrarily denied.

A lawsuit for a delayed visa petition is typically filed in order to turn the government’s attention toward the matter. These lawsuits are brought after an agency has exceeded its own estimated timeframes for adjudicating a particular type of petition, which demonstrates that the delay is unreasonable.

The goal of this type of lawsuit is to have the agency issue a ruling regarding the visa petition, which could come in one of three forms: visa approval, visa denial or the issuance of a request for evidence (RFE) seeking missing or additional information about the request. Once the government has taken one of these three steps, the lawsuit’s purpose has been realized.

An individual may also consider litigating a case that they and their attorney believe was erroneously denied. The reasons for such a conclusion includes a belief that  the agency either misapplied or unjustly expanded the relevant legal standard to demonstrate eligibility for the visa; the agency’s failure to consider crucial evidence and information; or the agency’s misunderstanding or mischaracterization of the evidence that was presented either in the original petition or in response to an RFE.

However, under the current Presidential administration, litigating a visa denial, as opposed to re-filing, is often the quickest and most cost effective to a favorable resolution, depending on individual circumstances.

Steps of the litigation process

The litigation process involving a denied visa petition is usually resolved during one of two litigation phases:

Phase 1 of litigation begins after the government issues a decision denying the visa petition, often after the client’s attorney has submitted an RFE response. After evaluating all options with experienced immigration counsel, the decision to proceed with litigation during Phase 1 includes:

Drafting a complaint: This involves taking the initially filed visa petition and the response to the RFE, if applicable, and drafting a complaint to be filed in a federal district court. The complaint’s purpose is to set out the facts of the case, including why the relevant legal standard was met and explain why the agency’s reasons for denying the visa petition were factually and/or legally erroneous.

Filing a complaint: A federal lawsuit can only be filed with a court that possesses proper jurisdiction to hear the claim. There are a few different options to consider on this front, depending on the circumstances of each individual case. Generally, jurisdiction for immigration cases is always proper when the complaint is filed in the United States District Court for the District of Columbia, since the relevant governmental immigration agencies are located in the District of Columbia.

Costs and time frame: For non-immigration cases, federal litigation has the potential to be both expensive and time consuming, as it can often include a discovery process, in which a company and/or agency potentially has to produce a large number of documents and information, and depositions, in which the parties to the lawsuit must answers questions from each side’s legal team.

Fortunately, Phase 1 in the context of a typical visa petition case is a fairly streamlined process. There is usually no need for discovery or depositions, as the initial visa petition, the RFE and RFE response, and the decision denying the visa petition, serve as the record and provide all the relevant information needed to resolve the lawsuit. One of the greatest benefits to filing a complaint in federal court is that it forces the agency to reconsider its ability to successfully defend the denial before an independent and neutral third party, a federal judge.

Once the complaint is filed and served on the necessary government defendants, the government has up to 30 days to respond but can, and often does, request a 30-day extension, which is granted in most cases. The hope is that within this 30-60-day timeframe, the agency will reconsider its ruling and decide to grant the visa petition or, at the very least, issue another RFE to which the Plaintiffs can respond. If this happens, the lawsuit has been a success. However, if the government does not reverse its visa petition denial within Phase 1’s 30-60-day timeframe, the Plaintiffs must decide whether to procced to Phase 2 or withdraw their case.

The biggest consideration is cost. At Garfinkel Immigration Law Firm, we typically charge a set fee for each phase (complaint, summary judgment, appeal), depending on the scope of the agency’s denial. As such, the client must be comfortable with the economic cost of proceeding to Phase 2. In most cases, if there is a good legal basis for filing the complaint in Phase 1, the same legal basis should support a decision to proceed to Phase 2.

Once the cross motions for summary judgment have been filed, the federal judge assigned to hear the case will review the motions and make a determination as to which side’s position is correct under the law. If the judge feels it would be helpful, he or she may schedule a hearing at which the parties’ attorneys will appear and answer any questions the judge may have about the case and the arguments presented. The timeframe for receiving a ruling in Phase 2 is less certain, as the judge is not subject to a statutory deadline by which to reach a decision.

Phase 2 ends when the judge issues a decision in the case. If the judge upholds the agency’s visa petition denial, an appeal is possible if the Plaintiffs desire to pursue the case further. Whether to seek an appeal will depend on the specific business needs of the client and the nature of the district court judge’s decision.

Instead of litigating a denial in federal court, individuals and practitioners have the option to first file an appeal with the Administrative Appeals Office (AAO), which is part of USCIS, the same agency that denied the visa petition in the first place.

This type of appeal is administrative, not judicial and, in recent years, has rarely resulted in the agency’s visa petition denial being reversed. However, filing an AAO appeal may be beneficial in situations where the record (initial visa petition and RFE response) lacks critical evidence as no additional evidence can be submitted during a judicial appeal that was not first presented to the agency. Thus, even if an AAO appeal is not likely to result in a reversal of the agency’s visa petition denial, it allows for the inclusion of additional evidence which can then be presented as part of the record in a subsequent federal court complaint.

It should also be noted that challenging the decision to deny a visa made by a U.S. consulate overseas is virtually impossible as such decisions are subject to the “consular non-reviewability” doctrine, a precedent established by the Supreme Court in 1950 which holds that a consular officer’s decision regarding a visa petition is final and is not subject to judicial review. Pursuing alternate strategies to acquire a visa, outside of litigation, is generally recommended for applications that were denied at a U.S. consulate.

Individuals who are in the RFE stage or have already had their visa petition denied by USCIS should consider discussing the potential benefits of, and any concerns related to, the litigation process with experienced immigration counsel.