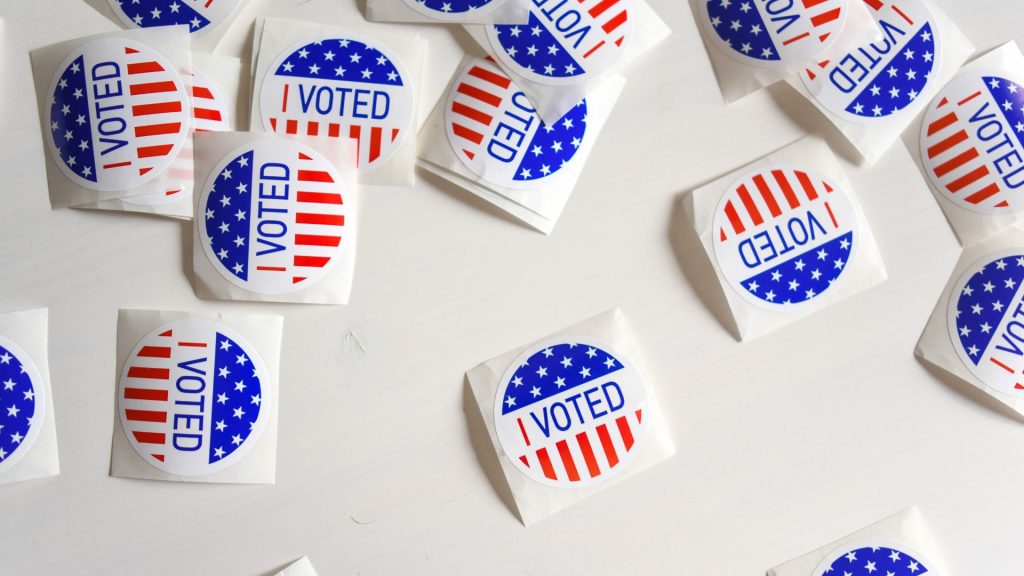 The number of Legal Permanent Residents applying for U.S. citizenship has increased over the last four years, and that is not expected to change with a presidential election in 2020.

Naturalized citizens cast about 8 percent of all total votes in the 2018 midterm elections while almost a third of those looking to naturalize last year were “most interested in gaining the power to vote,” according to data collected by the Los Angeles Times and the New Americans Campaign.

The decision to become a U.S. citizen is ultimately a very personal choice for each individual. It should involve careful consideration of the advantages and potential disadvantages. Below is an in-depth analysis of the naturalization process for those considering becoming a U.S. citizen.

There are many benefits to becoming an American citizen, one of the most significant of which is the right to participate in all U.S. elections.

Early spring 2020 is an opportune time to begin the naturalization process as there is a chance, depending on jurisdiction, that individuals can be approved in time to vote in Nov. 2020. Delaying the decision could eliminate that possibility.

A naturalized citizen has the same rights as a person born in the United States and can apply for most federal jobs, run for elected office (except for the Presidency) and acquire a U.S. passport. Additional benefits of naturalization include the ability to obtain citizenship for children and to petition for other family members to enter the U.S.

Becoming an American citizen also greatly reduces the risk of deportation. In most circumstances, citizenship can only be taken away if United States Citizenship and Immigration Services (USCIS) determines that an applicant lied during the naturalization process or to secure Lawful Permanent Residence.

Factors to consider when thinking about naturalizing

Tax and other obligations

An individual should first evaluate their future tax obligations to the United States before deciding to naturalize.

As a Lawful Permanent Resident, one can abandon their American residency at any point and return to their home country if they so choose. But, after becoming a citizen, the option of abandonment is almost never available, meaning an individual who has been naturalized must pay U.S. taxes forever, regardless of their place of residency at the time.

In addition, individuals who have been naturalized must serve on a jury if selected and defend the United States in the military if it becomes a requirement by law (i.e. if a draft is imposed).

An individual must swear allegiance first and foremost to the United States in order to become naturalized.

However, U.S. law does not force “a person to choose one nationality or another,” and an American citizen “may naturalize in a foreign state without any risk to his or her U.S. citizenship.”

Holding dual nationalities requires an individual to owe allegiance to both the United States and another country of citizenship.

Another category of countries (such as Germany, Spain, and Egypt, amongst others) may permit dual citizenship in limited circumstances.

The Department of Homeland Security proposed an 83 percent increase on the application cost for naturalization (Form N-400) in a notice published in the Federal Register in mid-November 2019. The total cost would climb from $640 to $1,170 under the DHS’s plan.

The proposal also seeks to abolish fee waivers for the naturalization application and eliminates the reduced fee option for anyone living in a household with a family income between 150 and 200 percent of the poverty line.

Unfortunately, the proposed increased fees is feared to be a pretext to exclude all but the wealthiest immigrants from fully participating and exercising their rights and responsibilities in U.S. society as U.S. citizens – such as voting and participating in government, continuing in their economic contributions, and seeking better employment opportunities as U.S. citizens. Under the proposal, one must first need to afford the costs of the application to even be considered for naturalization, and if they aren’t able to afford it, there are very limited (if any) options for a fee waiver under the new proposal. Thus, in effect, there is seemingly a new requirement for naturalization: being able to afford it. It essentially adds income as an additional requirement for U.S. naturalization, which is not part of the statutory requirements. The new fee proposal overall shuts the door to the opportunity for a number of the 9 million people living in the United States, who are eligible to apply for citizenship, from ever pursuing that opportunity.

Many, including Elora Mukherjee, director of Columbia University’s Immigrants’ Rights Clinic, have criticized the proposal.

“It is one of a myriad number of efforts that seek to make immigration benefits in the United States dependent on a person’s access to wealth,” Mukherjee told Marketplace.org. “The [proposed] new fee amount is equivalent to a week’s pay or more than a week’s pay for many households of those who are eligible to naturalize. It’s a lot of money. It would impose a severe hardship on many families who are seeking to naturalize.”

“I think this proposal is a transparent attempt to curtail the number of immigrants who will become citizens in [time for] the next election,” Sherman-Stokes said.

The proposal could go into effect as early as the first quarter of 2020, another reason Lawful Permanent Residents may want to consider beginning the naturalization process as soon as possible.

The complete list of eligibility requirements for naturalization are as follows:

The physical and continuous residency requirements are similar but have some distinct differences.

The physical requirement revolves around the specific number of days an individual has been living in the United States. One cannot have more than 913 days outside of the United States in the five-year statutory period, while a foreign national applying for citizenship through marriage must have spent at least 548 days inside the U.S. over a three-year interval.

Continuous residency, on the other hand, focuses on the applicant maintaining a permanent dwelling place in the United States. The USCIS Policy Manual adds:

Some exceptions to the continuous residency requirement are available for those living abroad while serving in the military or working for an American company.

The updated guidelines advise that two DUI convictions in the five- or three-year statutory period make a foreign national ineligible for naturalization. A pending DUI charge or being on probation could also be problematic for an individual seeking citizenship.

While a DUI is, generally speaking, not a deportable offense, it can impact an applicant’s pathway to U.S. citizenship. An individual who has current or had prior DUI incidents should consider contacting an attorney to evaluate their case before beginning the naturalization process.

Consulting with an experienced immigration attorney to assess eligibility for citizenship is typically the first step in the naturalization process.

If qualified, the case is then prepared, filed and sent to a USCIS Service Center, which performs a review to make sure all necessary documents are present and accounted for. An individual seeking to naturalize will also need to be fingerprinted and undergo a background check.

From there, an interview and written test are scheduled.

There are 100 different multiple-choice questions which could be featured on the exam. A test-taker will be asked 10 of them and must answer six correctly in order to pass. They will also need to write and read a sentence in English. USCIS has recently announced that they plan to improve the naturalization test and expect that the new text will be implemented in December 2020 or early 2021.

During the interview, the government immigration officers will review the applications to determine the accuracy of the information. Recently, the interviewing immigration officers have used the questions in the application in order to determine English level skills. Some cases have been denied – outside of the written and oral exam – based on lack of English skills when individuals have difficulty answering the basic questions on the physical application.

If an individual passes the exam and interview, an oath ceremony is scheduled to confer U.S. citizenship.

Certain exceptions exist that allow Legal Permanent Residents to take the test in their native language, based on age and duration of green card possession. Medical exemptions for the English and Civic Exams are also granted in certain scenarios.

After the naturalization process is completed, individuals should:

Apply for U.S. passport and update Social Security office as soon as possible

The U.S. requires all citizens to use an American passport to enter the country.

After the oath ceremony, the new citizen’s green card will be taken, which makes it extremely difficult to return to the United States after traveling internationally without a passport to re-enter.

Therefore, a new citizen should apply for an American passport as soon as possible following the completion of the naturalization process and avoid leaving the country until it is received.

An oath ceremony can be delayed and/or a passport can be sent expeditiously to accommodate travel needs in certain situations.

A new citizen should also update his or her social security record at the nearest administration office within 10 days from their oath ceremony. One must be prepared to show officials their Certificate of Naturalization or U.S. passport, according to USCIS.

As discussed earlier, those who are naturalized have the ability to cast a ballot in all local, state and federal elections.

Registration deadlines for the 2020 election vary on a state-by-state basis, with most coming by mid-October. Find out your state’s deadline.

The next general election is set to be held Tuesday, Nov. 3, 2020 and will pit Republican President Donald Trump against a Democratic challenger, along with potential third-party candidates.

Lawful Permanent Residents who are contemplating U.S. citizenship should contact an attorney to discuss their individual circumstances and any concerns related to the naturalization process.