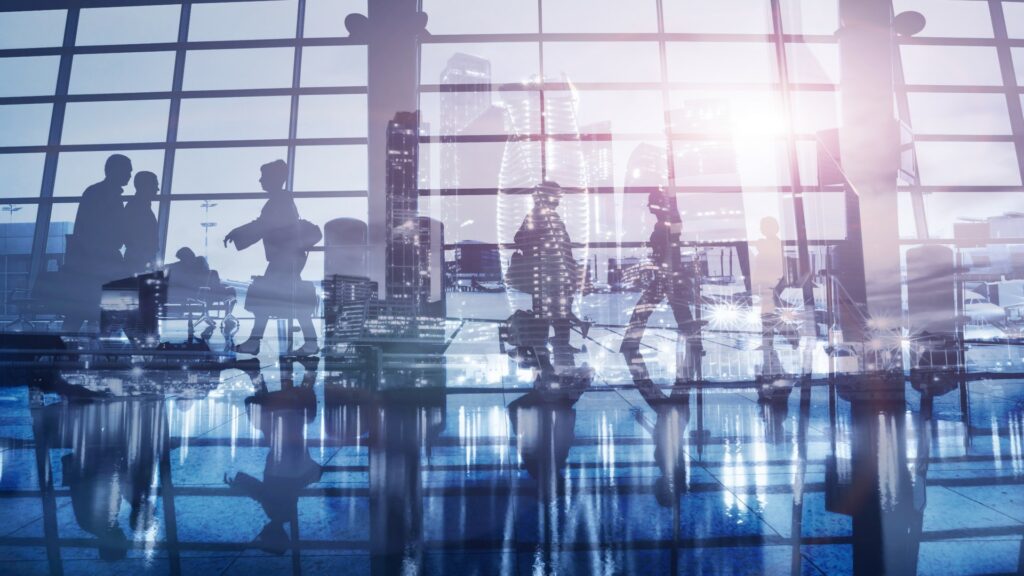 Employment-based nonimmigrant visas are granted to eligible foreign nationals who intend to work in the United States on a temporary, nonpermanent basis.

In many circumstances, employers offering jobs to foreign nationals file a Form 1-129, Petition for a Nonimmigrant Worker, in the specific category for which the employee is eligible.

Below is a description and further information about the most common employment-based nonimmigrant visa types available to foreign nationals.

The H-1B nonimmigrant visa category is available for U.S. companies to fill a “specialty occupation” with a qualified foreign national. A specialty occupation is one that generally requires a bachelor’s degree or higher, or its equivalent, as a minimum, entry-level credential.

There is a congressionally mandated limit of 85,000 cap-subject H-1B visas issued each fiscal year, 20,000 of which are reserved for foreign nationals who have obtained a master’s degree or its equivalent from a U.S. college or university.

For the last few fiscal years, H-1B visa recipients have been selected via a random, computer-based lottery. Employers must register each individual H-1B applicant by completing a basic, online form during the initial enrollment period.

USCIS randomly selects enough potential H-1B recipients to reach the cap via lottery. For those applicants selected in the lottery, employers and their experienced immigration counsel prepare and file the entire H-1B petition.

In most situations, an H-1B petition can be approved for a maximum initial period of three years and may be extended for an additional three years under certain circumstances.

O-1 visas are reserved for foreign nationals who are highly talented or have reached a notable level of acclaim in the fields of science, art, education, business or athletics.

The foreign national must be extraordinary in their field in terms of knowledge, ability, expertise and accomplishments, and the position being offered must require the services of an “extraordinary” person.

In order to qualify under the O-1 nonimmigrant visa category, a foreign national must demonstrate that they have sustained national or international acclaim and that their achievements have been recognized in the field through extensive documentation.

The foreign national must seek to enter the United States to continue work in their area of extraordinary ability.

The L-1 (intracompany transfer) category is the most-used visa to accomplish the transfer of key employees among an international group of companies.

The U.S. company and the overseas company must be related by at least 50 percent common ownership and/or control. The transferee must have been employed by the overseas entity in a managerial, executive or specialized knowledge capacity for at least one year within the preceding three years prior to the transfer.

Further, any time spent in the U.S. prior to the transfer does not count toward (but does not interrupt) the required one year of employment.

P visas can be obtained by foreign national entertainers attempting to enter the U.S. for a specific event. This can include “internationally recognized” athletes, performers, artists and/or coaches.

Eligibility for a P visa varies based on whether the foreign national is attempting to enter the United States as an individual or as part of a group of performers.

Foreign nationals are usually granted a P visa for the time needed to complete their event, competition, or performance, not exceeding one year. The visa can be extended in increments of up to one year in some circumstances.

The E visa group is broken into three classifications:

E-1 (treaty trader) and E-2 (treaty investor) visas are issued pursuant to bilateral treaties of friendship, commerce and navigation between the United States and various other countries. Most Western European countries are part of such treaties with the U.S.

These treaties allow a national of the treaty country to live and work in the United States for an employer sharing their nationality in certain specified capacities.

A “specialty occupation” is one that requires theoretical and practical application of a body of specialized knowledge, gained through attainment of a bachelor’s degree or higher in the specific specialty (or its equivalent) as a minimum for entry into the occupation in the United States.

E-3 visas are valid for a maximum of two years, with extensions possible in certain circumstances. There are a maximum of 10,500 E-3 visas issued annually during each fiscal year.

The TN visa is available to Canadian and Mexican citizens. The U.S. may grant temporary entry to such individuals who are engaging in a business activity at a professional level on behalf of a U.S. employer.

NAFTA defines “business activities at a professional level” as undertakings which require that the individual have at least a bachelor’s degree or appropriate credentials demonstrating status as a professional.

A Canadian citizen may submit the appropriate paperwork to a U.S. Immigration Officer at a Class A port-of-entry, a U.S. airport handling international traffic or a U.S. pre-flight inspection station. Mexican nationals must obtain a visa stamp in their passport prior to entering the U.S. in TN status.

The TN category allows for an initial entry of up to three years, with three-year extensions available in certain circumstances.

The R-1 visa category is available to foreign nationals seeking to temporarily enter the United States to work as a minister or perform a religious vocation or occupation.

An employer must submit a petition in the United States with USCIS for approval. An FN is permitted an initial stay of up to 30 months. An additional 30-month extension is permitted, for a total of up to a five-year stay.

To be eligible for an R-1 visa, a foreign national must:

There are two distinct categories of student visas that provide foreign nationals with some form of work authorization:

The H-3 permits foreign nationals from any country to come to the United States to participate in a training program with a U.S. employer.

The U.S. employer must demonstrate that:

The H-3 trainee visa is typically valid for a maximum period of two years.

I visas are available to members of the foreign media, including reporters, editors, film crews, radio hosts, etc.

To be eligible for an I visa, foreign nationals must: