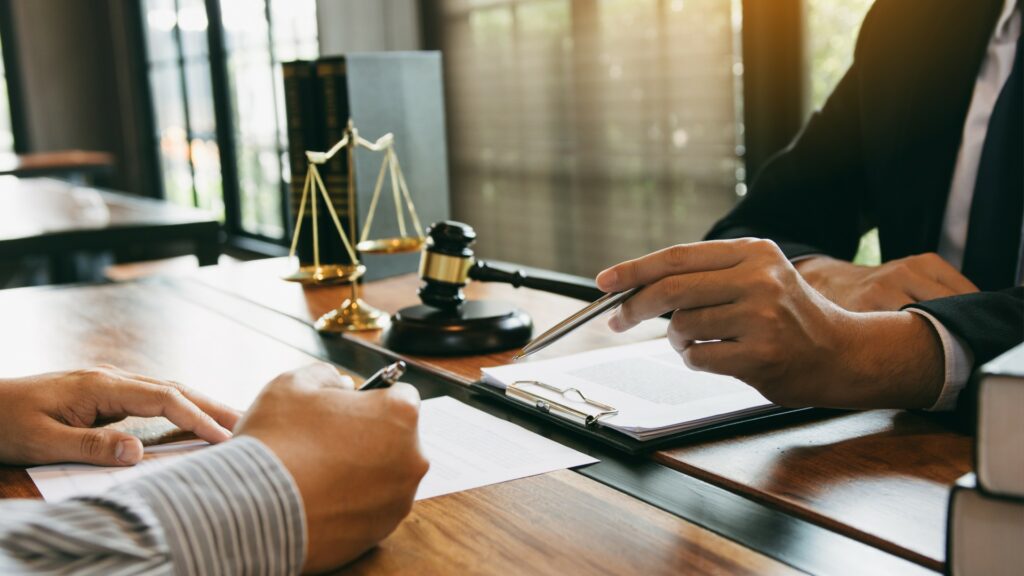 The thought of filing a lawsuit against the United States is overwhelming and often paralyzing to most people, and reasonably so.

However, challenging the government’s visa petition denials and adjudication delays by filing a lawsuit in federal district court can be a viable and effective option in some cases.

Immigration-related litigation has proven to be an advantageous and cost-effective strategy for our clients in certain circumstances, as it typically requires no expensive and time-consuming depositions or discovery, and cases are often resolved prior to a final judicial adjudication.

The need to litigate usually arises after an application for an immigration benefit is either unreasonably delayed or arbitrarily denied by the U.S. immigration agency.

The goal of this type of lawsuit, also referred to as a “mandamus,” is to compel the agency to act, which could come in one of three forms: an approval, a denial or the issuance of a Request for Evidence (RFE).

Individuals also could consider litigating a case that was erroneously denied. The basis for an erroneous denial suit could include where the agency either misapplied or unjustly expanded the relevant legal standard for eligibility; the agency’s failure to consider crucial evidence and information; or the agency’s misunderstanding or mischaracterization of the evidence that was presented either in the original petition or in response to an RFE.

Below are some examples of recent Garfinkel Immigration Law Firm cases that resulted in favorable outcomes following litigation.

Denial of an H-1B petition

Following submission of an exhaustive RFE response, USCIS erroneously determined that the university failed to demonstrate the assistant coach position met even one of the four alternative criteria that would qualify the position as a specialty occupation.

Those four criteria include:

We maintained the evidence and arguments presented within the initial petition and RFE response in demonstrating that the university’s assistant coach position qualified as a specialty occupation under the preponderance of the evidence standard of review.

Less than three weeks after the lawsuit was filed, the agency reopened and approved the H-1B petition.

Garfinkel Immigration Law Firm has also been successful in filing  a complaint in federal district court challenging a USCIS denial of a previously approved L-1B specialized knowledge nonimmigrant visa petition, following the issuance of a Notice of Intent to Revoke (NOIR).

The NOIR stemmed from the agency’s confusion regarding the plaintiff’s business model, which led to an erroneous determination that the company’s employee was not eligible for the L-1B nonimmigrant visa classification.

USCIS denied the previously approved visa petition without meaningfully addressing the arguments presented in our response to the NOIR, which prompted us to file a complaint in federal district court on behalf of the client. As a result, USCIS agreed to reapprove the L-1B nonimmigrant visa petition, and the case was settled.

To resolve the issue, our team continued to work and negotiate with the U.S. Attorney’s office, leading USCIS to agree to extend the validity date of the I-797 approval notice for a new full three-year period. This provided the employee time to schedule a new consular visa interview and prevented the client from having to file an L-1B nonimmigrant visa extension for their employee, ultimately saving money and effort for the client

As a result of the outcome, the client transferred a key employee to the U.S., allowing them to work directly with the client’s customers on a range of significant projects.

At the time these lawsuits are filed, the clients’ employees’ employment authorization applications have been pending with USCIS from 6 to 12 months, with the average USCIS processing times exceeding 15 months or more. As a result, the employees’ previous or underlying work authorization either lapses or lapse is imminent, which, of course, brings high stakes for not only the company in its ability to provide uninterrupted services, but also to the employees and their families who rely on EADs to generate income.

Significantly, many of these employees have held upper management/executive or specialized knowledge positions and/or contribute to ongoing projects of great importance and value to the clients. Upon filing these complaints, USCIS has agreed to promptly issue the long-delayed EADs, minimizing or avoiding further disruptions to the company’s operations. As a result, the U.S. Attorney’s office settled the cases.

In this case, the client was admitted to the United States in 2011 as a refugee due to a widespread humanitarian crisis in their country of birth. Thereafter, USCIS approved the client’s application to become a lawful permanent resident (also referred to as a green card holder). About six years after admittance to the U.S., the client submitted a Form N-400 “Application for Naturalization,” and USCIS scheduled their naturalization interview a few months later, only to cancel the interview two weeks prior to the scheduled date with a promise to reschedule.

Three-and-a-half years thereafter, and after numerous inquiries to USCIS regarding the agency’s failure to reschedule the naturalization interview, our firm filed a complaint on the client’s behalf in federal district court.

As a result, USCIS agreed to reschedule the long-delayed citizenship interview and the U.S. Attorney’s office settled the case. Within six months of initiating litigation, the client was sworn in as a U.S. citizen.

Over the last couple of years, our field has been faced with unprecedented challenges when applying for immigration benefits, including substantial delays and erroneous denials by the government agencies.

Immigration-related litigation has proven to be an effective strategy in many circumstances, and one which should be considered when faced with situations such as erroneous denials or inaction by the government agency.

Individuals whose cases have been delayed, are in the RFE stage or have already had their petition/application denied by USCIS should consider discussing the potential benefits of, and any concerns related to, the litigation process with experienced immigration counsel.